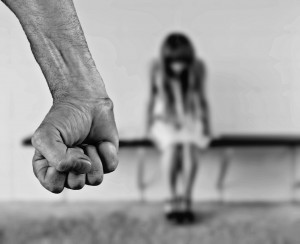 We hear much about violence in our daily lives and through our news services.

We hear of governments attempting to stem what appears to be an escalation in all forms of violence. We hear through our news services about the most gruesome of violent acts being perpetrated on human beings by other human beings and we (at least I) wonder what kind of society have we developed? And more to the point why has society become so violent?  What barrier has been removed so that it has become possible to hurt fellow travellers on the journey of life?

We hear of the most gruesome terrorist acts which seem impossible to believe in our day and yet they are flashed before our eyes on a daily and even hour by hour basis. It seems that the terminus of gruesome has not yet been achieved because new and more depraved acts are carried out and still we are left gasping for breath.  Children murdered, priests who have had their throats cut, people blown up. Indeed innocents just going about their normal lives being brutalised.

On the other hand we have those young who cannot resolve difficult issues or disagreements without a single punch which will kill the opponent and change forever their own life and the life of their family and the life of the victims and his family. And all because of a disagreement which could not be resolved without the violence.

And then we have loud voices crying out against violence against women and children in family and regular notice of death of young women (at times mothers) through domestic violence. It seems that no week passes by without notices of someone else dying because of domestic violence and again lives and families being destroyed because of violence.

More violence to add to an already societal violent conscience. And always I need to ask, what has changed?  What has changed to make human beings look at one another with such animosity which is enough to kill?   What beneficial garment has changed or been removed from our society which has left it exposed to such vulnerability?  What has changed between men and women that was previously acting as protective but is no longer?

You, my dear friends know that I am a “ponderer.” I have thought much about this because it disturbs me very much. This violence which seems to be fuelled by something unseen and seems to be propelled unabated.

As I look at our global violence I am saddened because we seem to have lost our innocence and peace maybe starting on September 11, 2001. From that date onwards I cannot remember a day without a terror being reported somewhere.  And worse it seems to be escalating.  Much is written about that infamous day when the world and society changed and since then a heightened sense of fear and expectation of violence has become the norm.

A great divide has occurred amongst humanity since that day and a sense of mistrust now accompanies both sides of the divide where previously there was trust.

As I ponder further and wonder whether the very violent images brought to the screens daily (news services) and further added to this the gratuitous violence of the movies, DVDs, games and their audience (young people) has led to their desensitisation from pain of their other.   Surely the repeated watching and playing of violent games must blunt the emotional responses  through reduced attention because of repeated viewing of aggression  and this eventually lead to a restricting of the learning of or linking of consequences  of aggression with emotional response and further lead to aggressive behaviour.

Constant viewing sets in places cues which imprint “aggression” and “violence” and once set in place further viewing or acts of  aggression or even  potential aggression activate these already established cues.

Much research into study of violence and brain is taking place and yet as we survey our world we see more and more of it. Further as we survey the entertainment world, the world which the young enjoy, then the gratuitous violence is something to be horrified and concerned about. Do I have an answer to the “screen/viewing” violence?  I have, but it wouldn’t be listened to and it wouldn’t be politically correct.

Other societal violence has slowly crept in with political correctness which is supposed to be good for everyone but in fact is not, it is a violence against freedom.

Domestic violence has been known about since time immemorial but in our day it seems that there is much more of it. Or perhaps it is more openly spoken about.

And we of course have endured wars of all kinds and we know that wars are nothing but violence. There are no winners.  But today in our society, at least for the last 50 years, we have opened the gates to a new war, a more “sophisticated” war.  A war which slowly has permeated every culture and nearly every nation on earth.  It’s a war against life and children.  A war which has not lessened, eased, decreased, stopped or even taken hostages.  This war takes no hostages.  This war is called “Abortion” and it has killed billions of children (and future) in several generations.

Human history has always looked to woman for its continuance and man has always intuitively known that he must protect her so she can bear the child. Yet in this day and age  this war against the pre born child has asked woman to turn on her own child and to attack her child and has convinced the male to suspend his protection of his “helper” and their child.  (again we are reminded of an old old story)

And then we can safely ask what is the protective shield which has been removed from society, because it is plain to see that the protective and benevolent shield called  empathy, softness even mothering  has been deeply wounded.

The very treasure that God created, the womb, to further his creative work and the one whom He contracted to work with (woman) have been corrupted and fractured. Her benevolence, gentleness, and humanity has been eroded because she demanded her “right” to refuse her child and take her baby to die.  Woman, the softness, the gentleness of humanity takes her child voluntarily to die, millions of times annually, and so society weeps for such violence done not only to the child, but to all of creation because of such monstrous violence.

Abortion by its very nature is a violent act. It’s the intentional destruction of a very small child, legally, by a so-called doctor and with the compliance or even insistence of one or both of its parents. Woman, because she is not designed for this,  experiences life long after effects while the male can also be affected but differently, generally through his sense of being unable to do much in the matter. For the male it’s often the sense of helplessness at being unable to do anything to protect his child and this anger is then turned inwards to self-punish.

Prior to the birth of the baby the father has absolutely no rights in respect of his child. He cannot do anything to protect the life of his child and if the mother of that child does not want to keep, or give birth to that child then there is no one who can prevent the abortion from happening. No-one, including the state, because the state has purchased into the argument by legislating that the life of that new baby whilst in utero is a non-person, and therefore dependent upon the decision of the mother.

Perhaps an explanation of the response to abortion may shed some light on this episode. Since the onset of the culture of the “pill” and “me-ism” the woman has progressively taken control of her fertility and her body. And indeed to be able to understand her body and to guard and protect her body as inviolate is a good thing. However, this is not what has happened. The woman has demanded control over her body in as far as her fertility is concerned, and has removed from her husband/partner any rights and responsibility towards an act which has resulted in a conception.

I have heard so many thousands of times “he said I had to fix the problem.”  You see the conception is no longer “his problem” or even “their problem” it became “her problem” and she has to “fix the problem” or he will leave her and because modern relationships are based on early intimacy and then “move on” then the fear of abandonment is very real.

Today, whether he chooses or not, a man can walk away from his responsibility towards a child he has engendered.

However, if he should choose not to walk away from the responsibility it can be forcibly wrenched from him so that he cannot do anything to change the situation. The removal of responsibility has not spelled equal rights, as has been suggested, but indeed unequal suffering. The woman suffers lifelong anguish. It happens even for those who blithely believe that it hasn’t affected them. The man also suffers loss of something of his essence, of his fatherhood, of his fathering, of his manhood.

We live in a violent society. We read and hear about the violence in all our media services.  There are Royal Commissions into violence and yet I have not heard one report suggest that at the very base of all violence we might look at violence beginning with violence committed against the smallest members of humanity.  If violence can be committed against such tiny ones who cannot possibly even defend themselves  then we should not be surprised at all the other kinds of violence we read and hear about because this other kind of violence has emerged as a result of dulling of societal conscience.

Today society dresses and parades pets as babies and yet destroys in utero babies without a care for the count. Society has even agreed that babies of viable age can be disposed of.  Not even these were to be saved and helped, and there is an underlying mourning for our losses.

Today wherever we look there is one more story of violence beginning from the womb to aged and all in between. And most ask the question why?

Every human person begins life as the tiniest zygotes, embryos, fetuses, babies, young ones, adolescents, youth, and mature individuals.  Citizens of a nation have not just been deposited there from outer space. They have been conceived and permitted to be born and to be members of the state, nation, and above all humanity.

Sadly what the states of Australia and globally other nations  have done in recent years   is  to enshrine in statutes  laws  which say that infants in the womb  are not really human and when un wanted legally  disposable. Human persons legally disposable.  Whilst unseen in the womb legally able to be disposed of without repercussions.  That same child outside of the womb and killed would bring about a charge of at least manslaughter but because it’s unseen it’s not a person.  The society without a conscience can make such a decree.

What a great tragedy that the women themselves have demanded their own extinction because at least 50% of infants killed are little baby girls and what a great sadness that woman the softness and gentleness of humanity, the nurturer the one who binds the wounds has for a time at least forgotten.

A Grandmother for 49 days

“Each one of us has a unique beginning, the moment of conception…when the information carried…